IS AN AUTHENTIC AND ETHICAL ORIGIN STORY AS VALUABLE TO YOU AS THE QUALITY OF THE PRODUCT?

Beginning with a dream

Why do I make wine?  Why does anyone make art?  My theory is that the pain of NOT following your passion is greater than the pain of doing it.  Living out here and working to acquire basic necessities gave me an appreciation for civilization I never had before.  The appreciation of turning on a light switch and having constructed every item from generation on is immensely satisfying.  The opportunity to pioneer and craft the earth and technology became a rush I couldn’t avoid.  The utter fearlessness that you encounter knowing that you could lose everything yet still be able to rebuild is irreplaceable.  We all face challenges and we all find meaning in what matters to us.  What mattered to me, or what I discovered mattered, is the confidence in knowing I can create anything from the raw materials we have.

In 2008, I moved from New Orleans directly to the middle of what would become Terragena Vineyard.  At the time, the land was completely undeveloped with steep forested hillsides and a few clearings.  I set up a tent in the middle of one of these clearings and set about learning about the land by hiking throughout it, creating new trails and uncovering old logging roads.  With the help of family and friends, I built a yurt to live in and started developing off-grid water and power systems.

After surviving the first winter in the woods, I continued the adventure over the next few years by finishing the off-grid solar power system and water system and working with a local construction team to build the vineyard house.  The solar power system was my brainchild, with some help from my electrical engineer father, and it provides power for the yurt, the vineyard house, and all vineyard and winery operations. Keep in mind this was before solar was as widespread and abundant as it is now. This was a major risk, very few people had reliable off-grid systems at the time. New technology had literally just come out and I saw the utility and efficacy. For cloudy days, a backup propane generator automatically activates if necessary.

There were a few mishaps along the way, but they only made the adventure more interesting.

The vineyard house construction began in 2009 and was completed in 2010.  This large house includes a full basement that is surrounded by bedrock, keeping it insulated year round and rendering it a perfect wine cellar.  This is now the winery and cellar space for Terragena Vineyard Winery and makes for one short commute!

Construction lasted for about a year and included some fantastic moments, such as one of the builders walking on the main roof beam some 30 feet in the air. While the house was under construction I was busily making plans for the vineyard he had been dreaming for years.

My first task would be to design a water system that could support irrigation of the vines because the spring freshwater system did not produce enough for this project. I selected a large rain-catchment system in the form of a pond for this purpose. This pond was created by digging essentially a large pit and lining it with a special pond-liner and gravel. The pond is now completely filled by rainwater during the rainy season, and it provides more than enough water to irrigate the grapevines during the dry season from approximately May through September.

Our grapevines were finally planted in the summer of 2013 with help from many friends from near and far. The trellising posts and dripper system were installed, and each grapevine was planted by hand. Young grapevines were protected from deer and other ravenous herbivores by a large fence that was built to encircle the part of the property in which the vineyards, house, and yurt were situated.

Since that time, the grapevines have become established and have flourished considerably. We continue to nurture them using natural methods. Additionally, I have been making wine using grapes from our diverse partner vineyards who are all small family operations that hold the same love of the land. 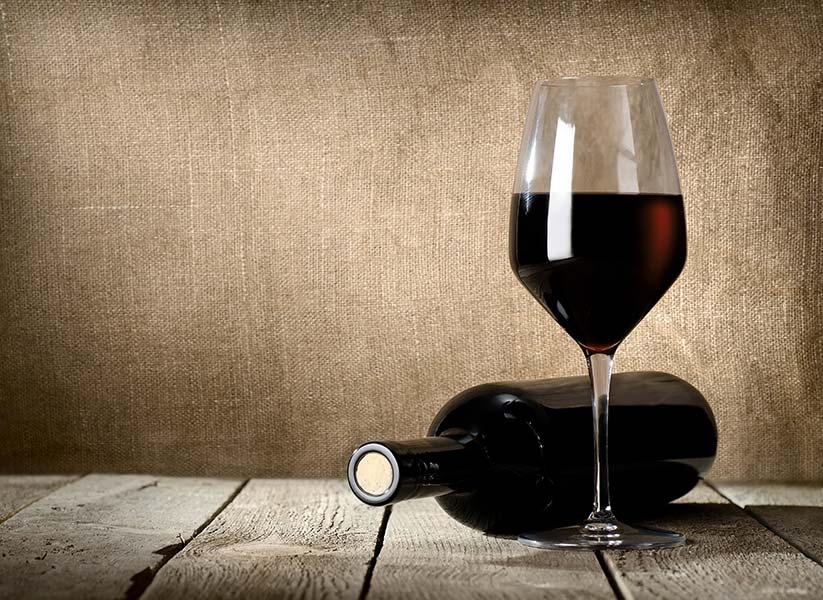 Where we are Today

Terragena is now a fully functioning off-grid and sustainable vineyard and winery.  While we make exceptional wines of quality and intention, our real purpose is to understand and appreciate the beauty of each place that gives us the unique wines. While we may be just a small winery on a mountain, we really do believe a better world is possible. One where love, understanding, beauty, art, and scientific pursuit are combined into a better society. We believe that producing a wine that not only says these values, but embodies them every step of the way, we are doing our part to make this dream a reality. If you believe that a better way is possible, please join us as a member. Consider it a donation to the universe and infinite love, agape. Plus you get spectacular wine as a side effect, what isn’t to love?

Customize Shipments, Receive a Personal Tasting, and Get Excluse Access to our Rarest Wines