Terragena wines from this vineyard not yet released for sale: 2017 Father and Son Blend

Located along Chalk Hill Road in Sonoma County, California, this small vineyard is owned by the Holden-Mapley family and is located next to the family home.  The vineyard has several varieties of grapes, including cabernet sauvignon, cabernet franc, and merlot. Terragena has produced several wines from this vineyard over the years, including our 2012 Meritage House Blend (not for sale), 2013 Father and Son blend, and 2014 Merlot. 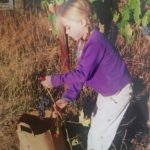 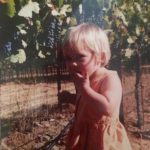 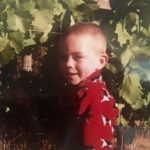 Of English descent, Mike and Annie Holden and their 3 children moved to Sonoma County in 2003. As well as a passion for wine, they brought with them many traditions and interests from their homeland. Annie’s grandfather was a famous wine taster and lecturer in London in the 1970s. Mike’s family lived on the Yorkshire moors in the heart of Northern England with its rich tradition of Football (soccer), Rugby, Ales and textiles.

The single acre Holden-Mapley vineyard is located on the Northern extreme of Chalk Hill Road against the backdrop of Mount St. Helena. When they purchased the property, logic would have dictated to double the size of the vineyard to maximize their wine-producing capacity. The adjacent acre however, was the perfect spot to build a soccer field, which has provided countless hours of fun for family and friends.

On the other side of the vineyard runs the Maacama Creek, which feeds in to the Russian River half a mile away. The river serves as a source for early morning fog that often covers the lower vineyard areas until it is burned off by the morning sun. Over the ages, the river meandered across the valley, leaving deposits of gravel underneath the alluvial soil—ideal conditions for growing prime Cabernet Sauvignon, and somewhat similar to the best vineyard soils of Bordeaux.

The property is at a lower elevation than the majority of Alexander Valley vineyards, many of which sit high on the hills towards the Mayacama Mountain range. As a result of the low elevation, the grapes are some of the last to ripen in the valley, still perfecting their flavors and making the most of the fall sunshine for a few weeks after most others in the valley. 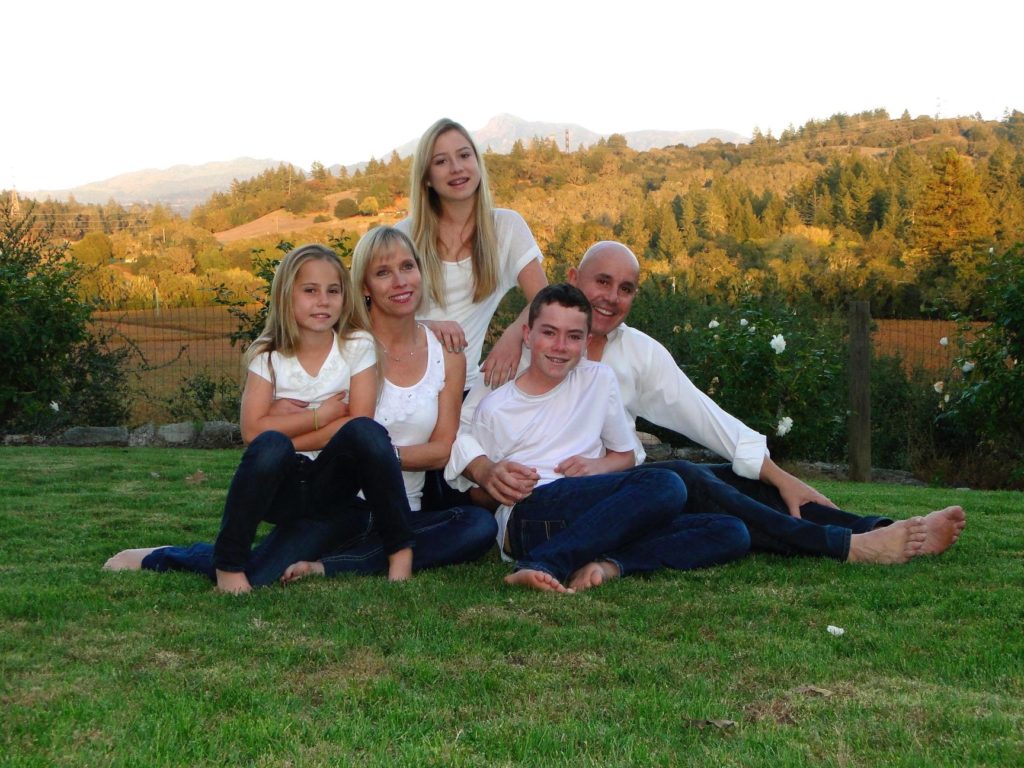 The Holden-Mapley family: Annie and Mike and their three children