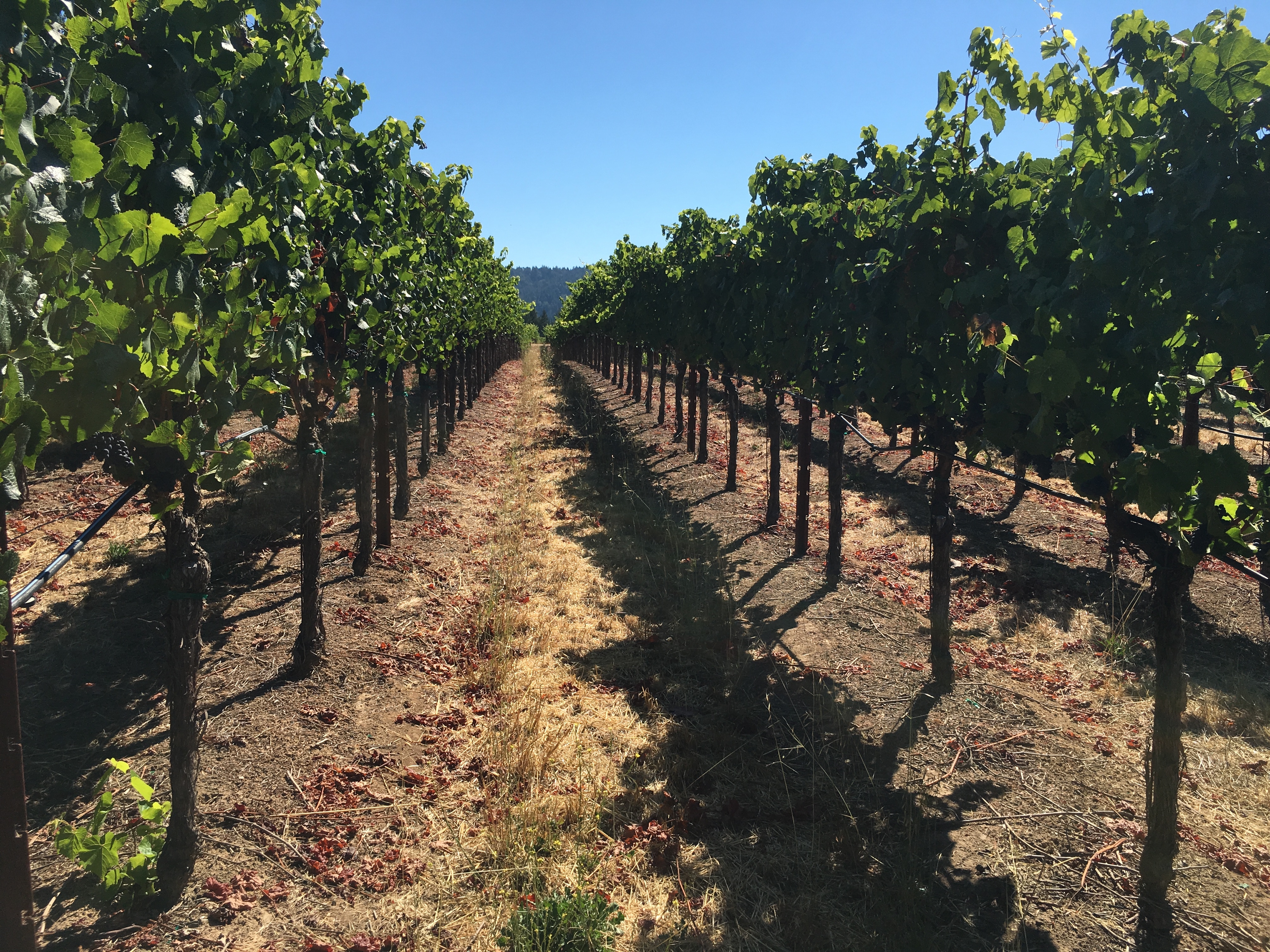 This sprawling vineyard of gently rolling hills is located in the Deep End of Anderson Valley near Philo, California. It produces pinot noir and is quickly gaining cult-popularity status because of the quality of the wine made from these grapes.  Terragena sourced the grapes for our 2014 Inaugural Release Pinot Noir from this vineyard. 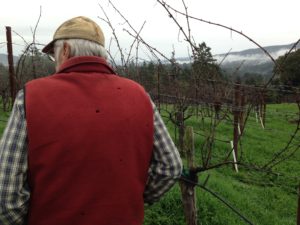 From the owner of Wiley Vineyard:

My piece of property started as the Colson place, founded in 1871. My task when I arrived back in 1971, a century later, was to convert the place from the casual, labor-intensive sheep and orchard farm to the wine grape business of today while restoring the original redwood stand to a sustainable, commercially viable forest.

The vineyard site has an extremely cool climate, deeply influenced by the Pacific Ocean ten miles away. In particular, nocturnal and early morning temperatures can be as low as 50 degrees Fahrenheit, even during warm cycles.  Hence the choice of the grape varieties: mostly Pinot Noirs (a balance of Pommard and Dijon clones), and some Riesling and Pinot Gris.

Wiley vineyard, part of what I call the post-war urban gentrification of the industry, was the fourth vineyard to plant the “new” varieties in Anderson Valley when I planted in 1972. My vineyard was, and may still be, at the coolest site in the Valley, closest to the ocean among these pioneers by over three miles.

The site is on a gently sloping east/west ridge 300 feet above the road.  I have managed its development since 1971, recognizing that as a pioneer I knew little about best practices for grape-growing in the local agricultural frontier and ocean influenced microclimate.  Thus, I planted with different grapevine clones, vine spacing, trellis systems, and rootstocks on all four slopes, facing east, south, west, north.  It is kind of a private agricultural experimental station. 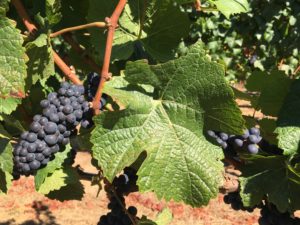